A family displaced by wildfire

I am a photographer involved in the Recapturing Memories Project, an organization that pairs families who have lost their homes to wildfire with a photographer who provides a free family portrait session to mark their new beginning.

The first family I was given lived in the Tahitian Village area of Bastrop, one of the hardest hit. They invited me to come with them as they took their two daughters, aged five and seven, to the site of their home for the first time. 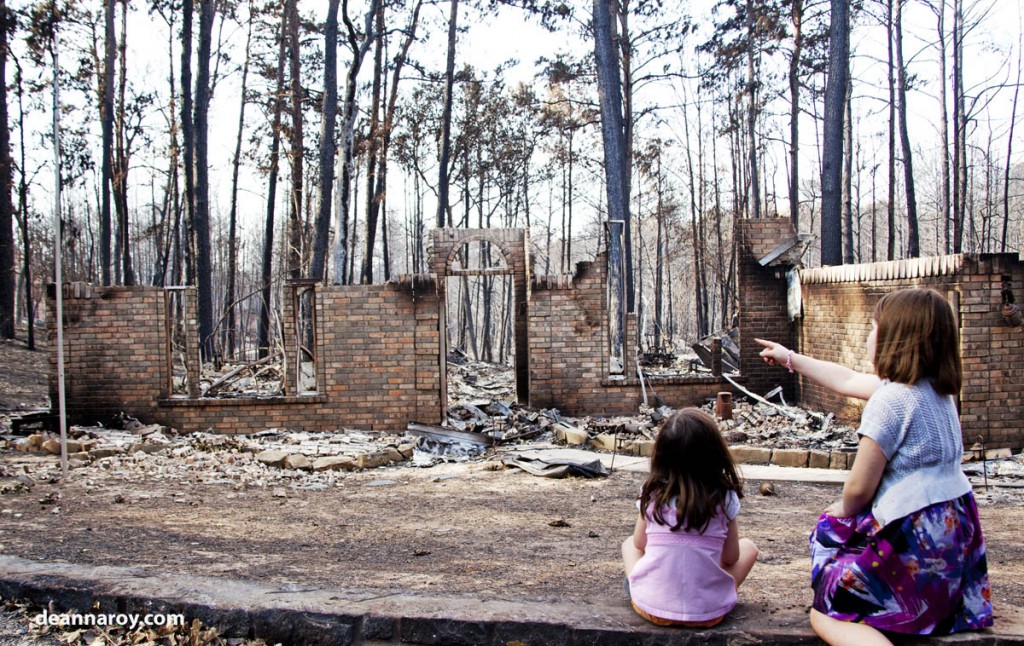 The Callaghans moved to Bastrop in 2007 from California, and purchased a home in the piney woods and two lots adjacent. Here is their home just a few months before the fires, after a rare Texas snow. 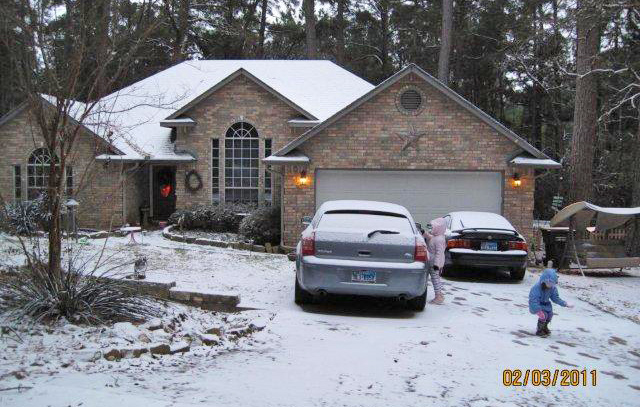 They had no idea they would flee this home just four years after their arrival, a harrowing drive through smoke and fire after rescuing their large collection of family pets. This was the scene just before they made their getaway through the neighborhood. 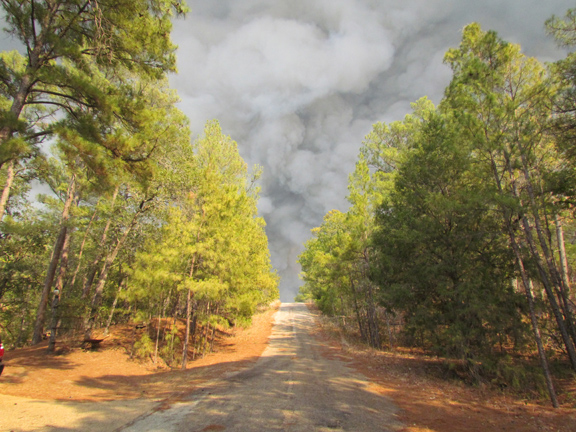 When they finally made it through and out into safety, they realized they wanted to move back to California to be near their family.

While all 15 of their animals were saved, only a few of them will be able to make the road trip to their new life. Others have been adopted by friends whose homes were unaffected. 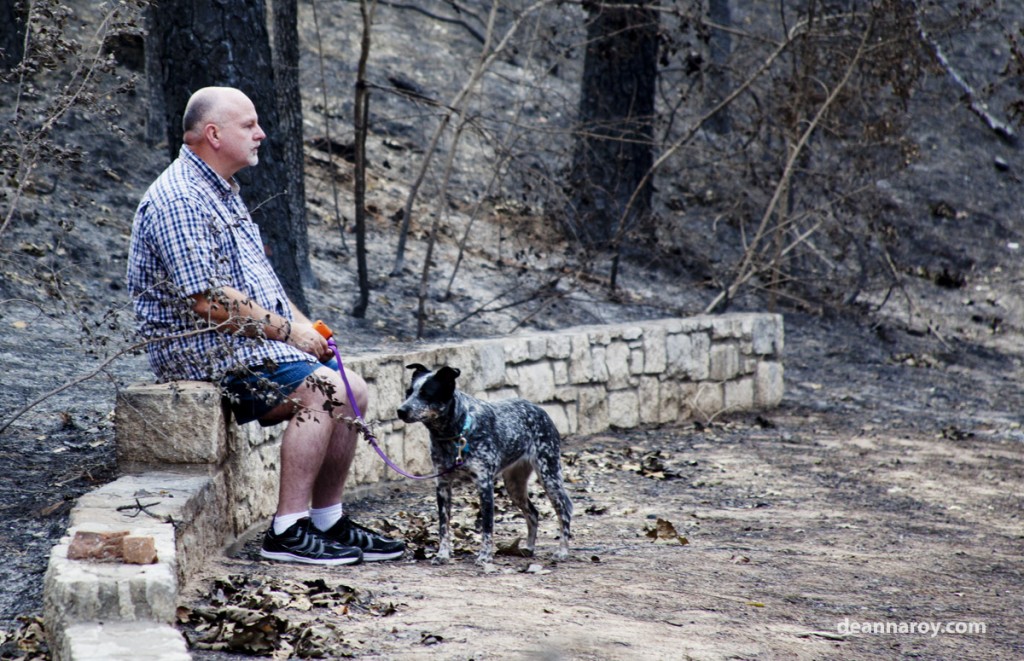 They would like to take this stone with them, as it is the only surviving element of their actual house, but they fear it would weigh down the car too much, and requires equipment to lift and move. 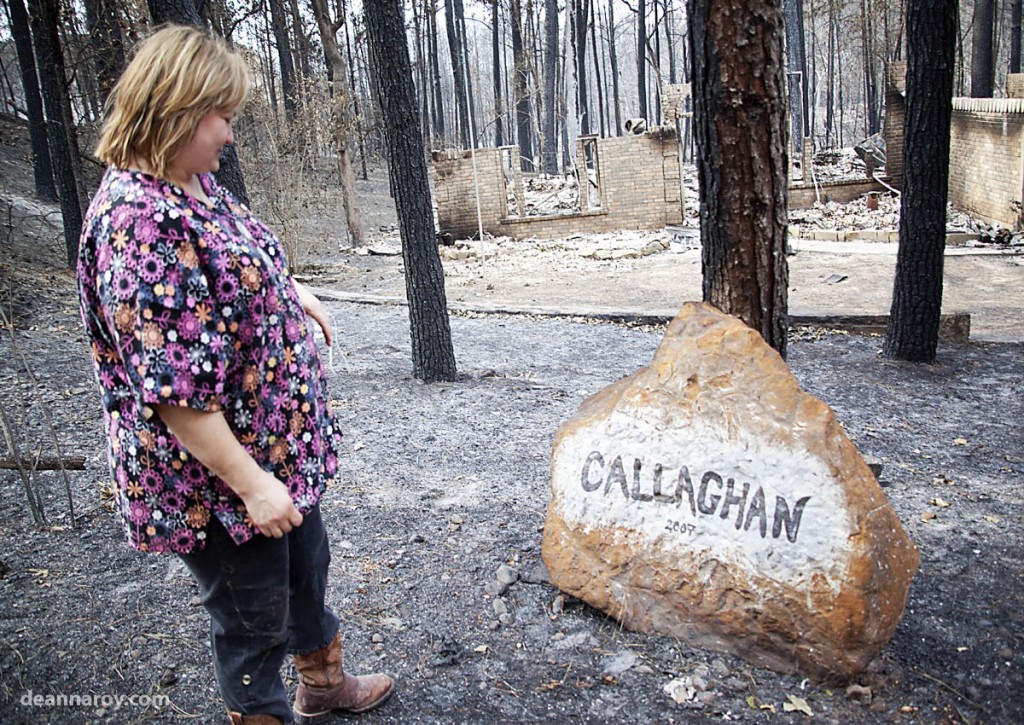 I’ll be taking their happier family photo in and around the places in Bastrop they want to remember, as well as contacting all the photographers who photographed them during their time here, in hopes of recovering a few of the images they had taken while they were Texans.

Mostly I wish them happiness and peace in their decision to leave this behind them.

« Portraits for families displaced by wildfires » Baby Dust is OUT in the world!