Stella & Dane: A Honky Tonk Romance is OUT! 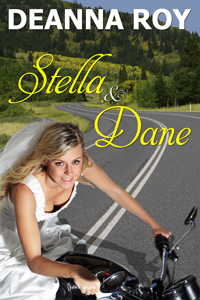 Not long after my novel Baby Dust was out, readers immediately began writing me asking about Stella, the group leader who is a central figure in the book. Where did she come from? What happened to Dane? Why did she stay with him?

I knew Stella had a heck of a story to tell, so last November I went ahead and started writing the romance between her and Dane, when this Harley-riding bad boy roars into her small Missouri town and upsets the balance of the locals by dating too many hometown girls in too quick a succession.

But despite either of them—Stella with her determination to leave town for good, and Dane with his insistence on avoiding entanglements—their collision spirals out of their control.

Including Dane’s temper. He’s been on the bad side of too many of the town’s hot heads, and eventually trouble was going to erupt.

I’m so excited about the book and how it played out. I’ll talk more about it in the coming days, especially leading to the broader release in August, when the paperback will come out, and I’ll be on a ten-blog tour where hard-core romance reviewers will be chewing up and spitting out their opinions about my first actual romance. (I’m terrified!)

I hope you’ll go download the sample and see if it fits the sort of reading you like. Both of the authors who (so wonderfully!) endorsed Stella & Dane read it within a day or two and at least one early reader got through six chapters in secret bathroom breaks since she decided not to call in sick, which she regretted. I LOVE you guys!

« INDIEpendence Day: A review of my fave indie book » Give aways for Baby Casey, who would have been 14 years old!