On those days that change your life for good

The first notable April 28 came in 1998, the day I learned my first baby had died.

I was teaching high school and the students were terribly excited to find out if I was having a boy or a girl. I was firmly instructed to call them on the journalism room phone the moment I knew. I only had a few more weeks to be with them, as I had resigned from my position to be a mom. School was almost out, and I wasn’t sure I would get back to teaching again (I never did.)

I didn’t call them. The sonogram showed a still baby, floating in his fluid. Lost to us.

We also had no answers. We just had to find the courage to do it again.

By April 28 of the next year, we had a baby girl, whose entrance to the world was stressful and constantly in question. But she arrived all the same, and just turned 15 a week ago. Her presence has made all the Aprils easier to bear.

By a strange collision of scheduling and timing, the next April 28 I was scheduled for surgery to correct my insides so that we could try to have a normal pregnancy in the future, without the risk of these late term losses, undersized babies, and such hardship. I remember distinctly the moment the nurses forced me to take off baby Casey’s memory bracelet, which I had worn daily for two years, and even during his sister’s birth by c-section. I cried all the way until the anesthesia knocked me out.

In April 2002, I was crazy pregnant with another girl. This pregnancy had not gone any more smoothly, a set of twins with one miscarrying at ten weeks. The other, Elizabeth, seemed fine. We would not learn until she was six that she would face challenges based on her time in the womb. They tried to schedule her c-section for April 28 and got a little miffed when I refused to agree. They sent the doctor in to convince me, but when he realized the date, he said, “Let’s neither of us show up.” He opted to work a different day, for me. So Elizabeth was born May 1.

Sometimes I think that after all these years, April 28 will have no power over me. That I can look back and think — it’s just a date.

But it’s not. It never will be. And for those of you who have traveled this road, you know what I mean. Some moments on our life’s calendar are never forgotten, can never be simplified or erased or overwritten by other events. And we wouldn’t want them that way. 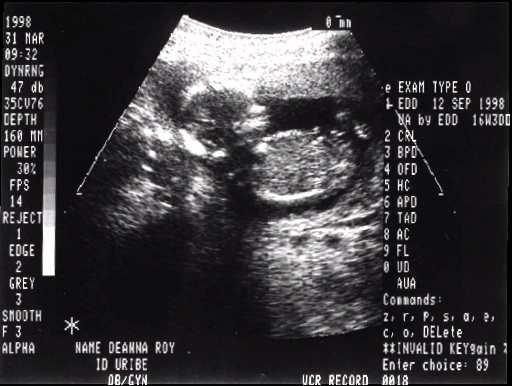