An excerpt from the upcoming FOREVER BOUND 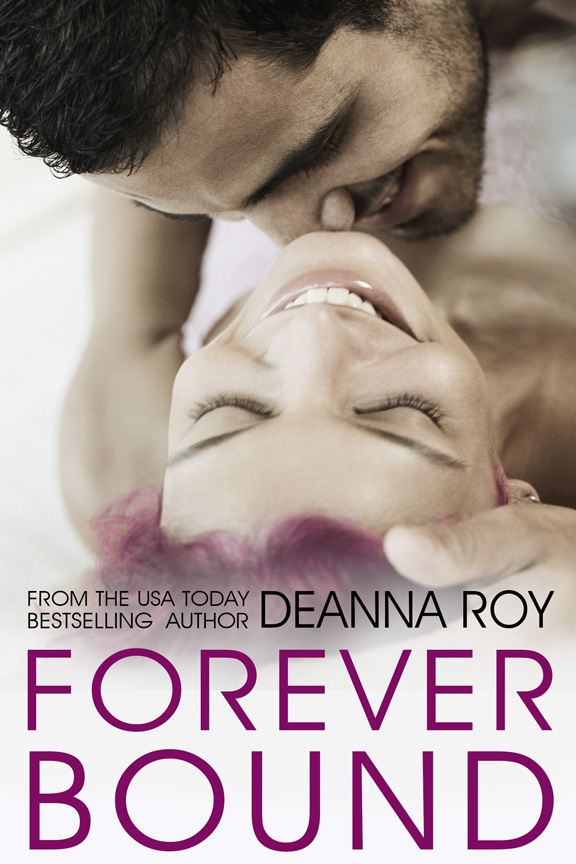 It’s cover reveal day for my next Forever series book!

Here is an excerpt from the new book. If you want to read the FIRST SEVEN CHAPTERS (YOWSA!) join the mail list! It’s going out in a couple days!

The guy I’d been watching walked over to the mike and said, “Hello, I’m Chance, and Paul here has kindly invited this Tennessee boy up to do a number.”

His name was Chance.

“Yeah!” Paul bellowed. He lifted his guitar strap over his head and handed it to Chance.

I made it to the base of the stage, where the crowd had left a gap in its disinterest. I wondered if my boy choice was doing to get their attention, or if he would be terrible.

I was rooting for him.

Chance turned to the other band members and nodded his head. The drummer slammed into a driving beat, and Chance spun to the mike, looking out at the crowd. He hadn’t noticed me up so close, practically at his feet.

“This is a song I think a lot of you will recognize, a little ditty called, ‘Let the Good Times Roll.’”

The band crashed into the opening licks, and when Chance started singing, I wanted to laugh out loud with giddiness. His voice was pure magic, deep and edgy.

He moved across stage like a fury, all energy and muscle. I was so close I could feel the wood floor shifting under his feet. His fingers squeezed the guitar in a steady grip. I was mesmerized by every movement. I could already see how his skilled hands would work on me.

The band wasn’t quite on, as if they hadn’t rehearsed this one much, but Chance made up for it. The crowd began to turn to look at the stage, moving along to the beat, taking a ride on Chance’s fluid vocals.

I felt myself start to unfurl, to loosen up inside. This would be fine. He’d come off stage. He’d see me. The attention would be directed at us long enough to make the point. And the way the focus was shifting to this hot sensation, it would be logical that I fell for him. People here would get it.

The song rollicked along for another chorus, then Chance brought them to a strong stop with a motion of his hand.

That’s when he saw me.

He froze a second, as if he couldn’t believe I was so close after he’d searched for me for so long. His smile spread to a wide grin. I’m sure my panties would have gone flying, if I’d been wearing any.

“Thank you,” he said to the crowd, which was actually showing some enthusiasm now. But he kept his eyes on me.

I thought the lead singer would take back over, but Chance turned and stepped close to the bass guitarist, asking him something. The guy nodded, and Chance turned back to the mike. “We’re gonna bring it down for a second. So grab your woman, if you’ve got one, because this one is for all of you lovely ladies here tonight.”

He looked down at me a second, and I was close enough to see his hesitation, as if maybe this wasn’t a good idea. But his gaze went back to the crowd and he seemed satisfied as a few people drew closer together.

The drummer clicked out a simple count, and when Chance played the opening line, I felt my knees go liquid. That song. Whoa, that song. Behind me, I felt the crowd pause, attention trained on this man, as if they were ready to give his guy a chance.

He closed his eyes as he prepared for that first line. My breath held. Hell of a standard he was about to compete against. A whole blues legacy.

But here he was.

He belted it out, and my emotion surged so hard, I realized I was seriously a goner after a single phrase. I just let it wash over me.

When a man loves a woman…

Chance opened his eyes then, looking at me. I ignored how it was silly to think he was singing anything to me. It was just a song. A romantic song. We hadn’t even met.

Get the first SEVEN chapters just by signing up here!

« Believing in a worry-free good » Time for dedications to YOUR MOM to go into my book!